✔ We’re open online and delivering. While we work to keep everyone safe, delivery might be slightly delayed. Please see delivery times at checkout. 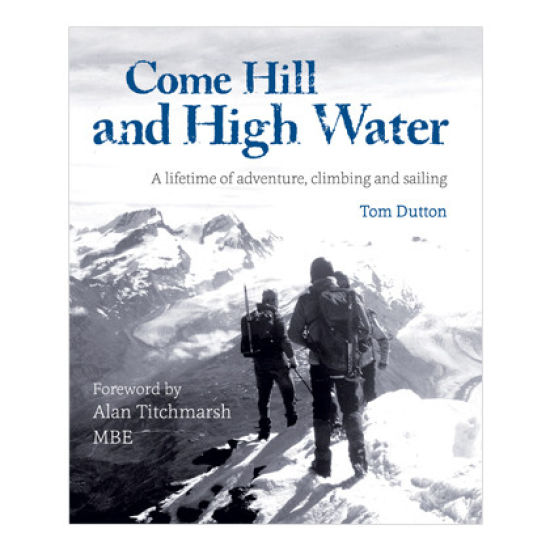 ‘The leader doesn’t fall.’ This was the maxim when Tom Dutton began a lifetime of climbing as a boy armed, as he was then, with little more than ‘a hemp rope of doubtful strength, a pair of nailed boots, and a pair of gym shoes.’ 70 years later the details may have changed, but his love for the hills and mountains, rivers and seas remains undiminished. Come Hill and High Water charts one man’s lifelong passion for climbing and sailing, taking us on a journey of exploration and adventure, of drama and discovery, and of firm friendships.

Qualified as both lawyer and chemist, Tom Dutton started climbing as a schoolboy but turned to fishing as his family responsibilities increased. Shortly before he retired, Tom started climbing again and was still active on Welsh rock and the less demanding Alpine peaks into his early eighties. In his spare time he still manages to fit in a lot of gentle hill walking, is a keen amateur violinist and enjoys writing limericks. This is his fifth book.

Have a question?
Speak to one of our fully trained sales advisers. Start on-line chat.
Free Split Delivery Service
We split orders over £25 that have out of stock products into two deliveries at no extra cost.
Squires Kitchen Shop Guarantee
If you're not happy we will offer a no quibble choice of a refund or replacement.
Not what you were looking for?
If we don't have what you want, let us know and we will try and get it for you.